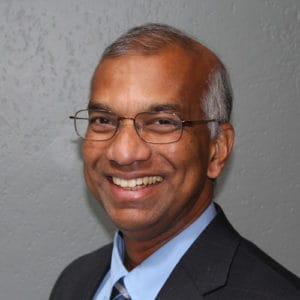 Get the latest on our Research and Programs
The modern human depends on an ever-updating array of electronic devices: smartphones, smart televisions, smart thermostats, computers, even electric cars.

Yet the American electric grid that powers those devices has gone largely unchanged for decades. It still runs largely on sources that harm the environment and compromise national security. It still exposes consumers everywhere to outages anywhere and still has little capacity for tapping renewable energy sources.

Building the Internet of Energy

Paired Switches Offer the Best of Both Worlds

MIT Technology Review magazine named a smart transformer developed at FREEDM one of the top 10 inventions of 2011.

A Bold Vision for Energy

The smart grid will do for electricity what the internet did for information. In the FREEDM Systems vision, consumers will take charge of their energy needs with innovative solar panels, wind turbines and electric vehicles.

Other new technologies, unforeseen today, will emerge as a result of the massive innovation fostered by the paradigm shift advocated and enabled by FREEDM. Residential and commercial customers will store or sell back to power companies the excess power generated by local, renewable energy sources. This will reduce the demand for centralized power generation plants, as well as decrease greenhouse gas emissions.

The FREEDM System is a green energy grid infrastructure that will:

The FREEDM Center is one of two NSF ERCs led by NC State, one of only two universities leading two active ERCs simultaneously.

A Place to Learn and Study

Modernizing the electric grid is a grand challenge for our generation. For faculty and students alike, there’s no better place to confront the issue than the FREEDM Systems Center.

Our faculty members wrestle with imposing problems, and the FREEDM Center gives them tools that are up to the task: a real-time digital simulator lab and the 1-megawatt FREEDM System demonstration hub at NC State, as well as advanced technologies and facilities on our partner campuses. Our faculty are world leaders in their field, and they work in a collegial atmosphere that encourages innovation.

For students, FREEDM offers research opportunities at five universities: NC State, Florida Agricultural and Mechanical, Florida State, Arizona State and the Missouri University of Science and Technology. On all these campuses, the next generation of energy-focused scientists and engineers can help develop the next-generation electric grid.

As an Engineering Research Center, FREEDM also offers professional skill building programs that complement its unparalleled technical education. And FREEDM is a key connector to peers and industry partners who can put research results — and engineering graduates — to work on building the smart grid.

Join Forces With Us

Take Your Studies a Step Farther

Learn more about our programs